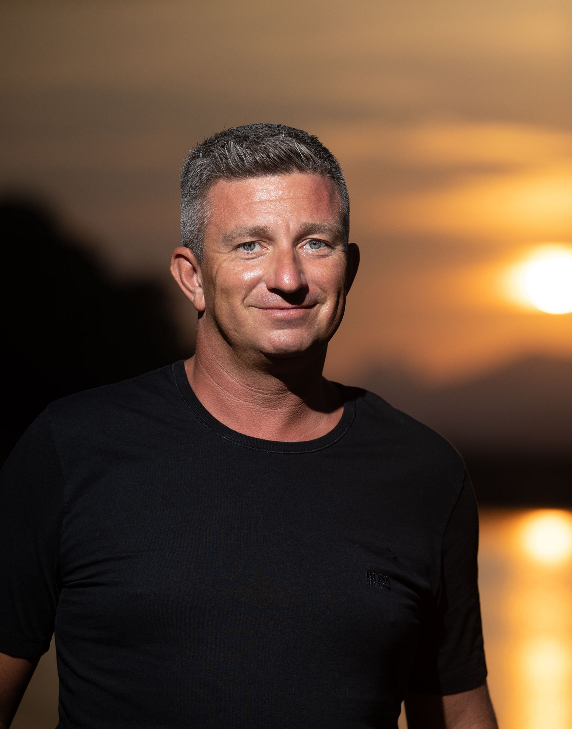 When you think of pioneers of the 90's dance movement there isn't one electronic music enthusiast of this era that wouldn't have drawn inspiration from artists like Layo & Bushwacka.

Fast forward a few decades and Bushwacka is still headlining stages from Glastonbury Festival and releasing his latest productions with the likes of Get Physical Music and Crosstown Rebels. Catch him for an intimate night down at New Zealand's longest running house and techno venue - InkBar. Ahead of the show Cam Harris of Collude managed to arrange a brief interview with the legend.

Q: Over the years you have been to New Zealand a number of times, What did you expect of our country before you came?

A: I always think of Lord Of The Rings - obviously due to the filming of it there. I am in love with the nature in NZ. Its stunningly beautiful. I didn’t know what to expect before I came, but I was blown away.

Q: Who is your favourite DJ and what about them do you most admire?

A: Honestly - its a tough question. I love Carl Cox. He the DJ of all DJs - a ball of pure energy and sets the standard for raves. I also love Richie Hawtin, for me he is God in the Techno world. I also love DJ Harvey. He is a bit TOO cool for school but his music is so diverse.

Q: Who was your biggest influence that got you into DJing/Producing?

A: I think it was initially Colin Favor and Trevor Fung, the resident DJS at Rage, a weekly Thursday club at Heaven in London, that I frequented from age 16 - from 1988 every week for 5 years. In my first year there I was so in awe that I couldn’t even speak when I was near them. Producing wise, I think Carl Craig was and is the most amazing producer of electronic music.

Q: Are there any up and coming DJs that are flying under the radar right now that we should be looking out for?

A: My son, Oliver Moon. He is 25 now, and creeping up in that world real fast. His productions are amazing already too.

Q: What was an obvious turning point in your career making it possible for you to become an international touring DJ?

A: I think from the end of the 90s, after I had already been extremely busy and successful as a DJ for the best part of a decade, the gears shifted - from my work with Layo, my breakbeat label Plank Records, and a string of high profile remixes things really kicked off.

Q: The Bushwacka sound is always evolving and becoming something new, we can see hints of authentic house music, techno and progressive, even a definite and everlasting fan base that remember you for your breaks. What can we expect from Bushwacka in the future? and more importantly from your visit to our shores this January?

A: You can expect a shed load of breaks and electro in 2020. Not that cheesy electro - the good stuff! I am relaunching Plank Records and doing lots of tracks and remixes for other artists and labels.

Q: What advice would you give to an up in coming inspiring DJ / artist?

A: Follow your heart, work your socks off, be passionate about your creativity, and don’t forget your heroes.

Q: One of your biggest tracks of all time in my humble opinion, has to be 'Layo & Bushwacka's - Lovestory', What was it that inspired you guys to create this track?

A: It was just one of those days. The planets aligned. We had no idea what we had created at the time!

Q: You've been touring since 1988 it says on the inter-webs, which means you've been on the road now for 31 years. From these 31 years, you must have seen many things. What was the best thing that ever happened during this time and what was the most outrageous moment?

A: Ouch… and wow! I am very grateful to be alive today. There have been so many outrageous moments, and so many magic moments on the decks too, connecting with all those people all over the world. Its mind-blowing.

Q: We've recently seen a video you posted on social media talking about suicide in the music industry as many artists/promoters undergo moments of extreme popularity on event night and then to the complete opposite side of the scale when the events aren't on, what advise would you give to all those involved in the music industry to try and remedy this?

A: The same advise that is in the video - to really listen, and to be there. We can’t stop these things, but we can help prevent them. It's a tough time in life for people when they reach their mid life and are carrying a lot of pain, hidden away from the world. I am working on a massive project that includes this subject matter, to be launched in the next year. I can’t say any more about it at the moment. Watch this space.

Q: Which one item from your production studio, do you feel is an essential item for you writing your music?

A: Logic. It's so versatile. I could name a million bits of kit, but that DAW is a rabbit hole. Its incredible.

Q: Did you know that New Zealand's only ever wrestling duo to go pro and make it to WWF were also called the 'Bushwacka's'?

Bushwacka has recorded this mix ahead of his New Zealand, Australia, Asia tour to get an idea for what to expect when he hits our shores on the 4th of January.

Tickets for his show in Auckland can be found here.